Interests and information processing
Home learning
Parents
Since the pandemic brought us all inside and positioned us in front of computer screens, we’ve been keeping an ear to the ground, listening out for unique platforms and resources to teach autistic children. We’ve found a new way to teach – a platform for visual learners.

You may have heard of Minecraft as a computer game. It’s actually a ‘sandbox video game’, meaning it has: a gameplay element that gives the player a great degree of creativity to complete tasks towards a goal within the game – Wikipeadia.

Players of the game can explore an infinite, digital universe created entirely out of block formations. They can procure ‘raw’ materials and build houses, bridges, tools, items and more. There are even animals roaming around. Some of which can be ‘tamed’, eventually becoming the player’s companion in the game. To name a few:

There are several modes to the game, allowing players to cooperate and compete, inviting a social aspect, and giving player the chance to meet their school friends online, or play with people on the other side of the world.

So, all of this sounds like fun, but how will this support teaching? Well, Minecraft have announced an ‘Education Edition’.

Minecraft: Education Edition is an open-world game that promotes creativity, collaboration, and problem-solving in an immersive environment where the only limit is your imagination.

They offer lessons to students aged 3 – 14, and cover the following subjects:

How do they teach? 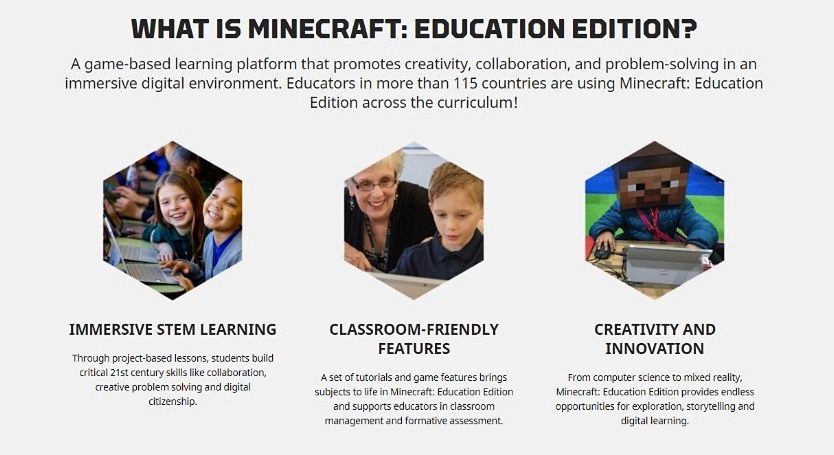 Minecraft is free to download on PC, so you could introduce it to your lesson plan at no extra cost to your school, take a look at the Education Edition for lesson plans on a huge number of subjects.

Don’t forget you can monitor you child’s progress using our Progression Framework.

A comprehensive interactive assessment tool for children and young people on the autism spectrum in mainstream and specialist early years, school and post 16 settings. It’s been designed to support staff in identifying learning priorities and measuring progress in areas that fall outside the national curriculum.

Living with Autism and Dissociative Identity Disorder: my journey so far